However, our membership also crosses borders and oceans. Post members include those from Canada, France, the Netherlands, Australia, Belgium and the United Kingdom.  Many of our European members have adopted and care for the graves of 29th Division members killed in World War II.

Veterans from World War II and those with more recent service are represented, along with many children and grandchildren of 29ers who served. 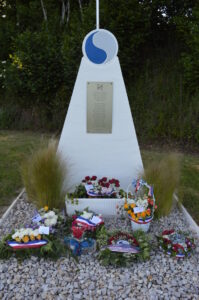 When they learned about the battle for the bridge across the river Elle, they felt that it was their duty to honor the men who paid the ultimate price for our freedom there on that day.

The bridge across the river Elle next to their house was an objective for the 115th Infantry Regiment and the area was the scene of a battle on 12 June 1944 which resulted in 16 killed and 71 wounded among the 1st Battalion troops.

In their honor , Deborah and Mike purchased a small plot of land across the bridge where they have created an official and permanent monument.

Post 93 members Susan Kearney and Mary Godwin have worked to restore the plaque at Bodmin Keep, 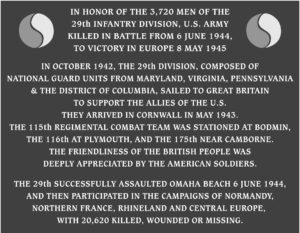 England, where soldiers from the 29th Division trained for the invasion.  The 115th Regiment was stationed near Bodmin and the 116th Regiment at Plymouth and the 175th Regiment near Camborne.

They hope to create a permanent exhibit at the military museum at Bodmin Keep. This former headquarters of the Duke of Cornwall’s Light Infantry houses the museum. 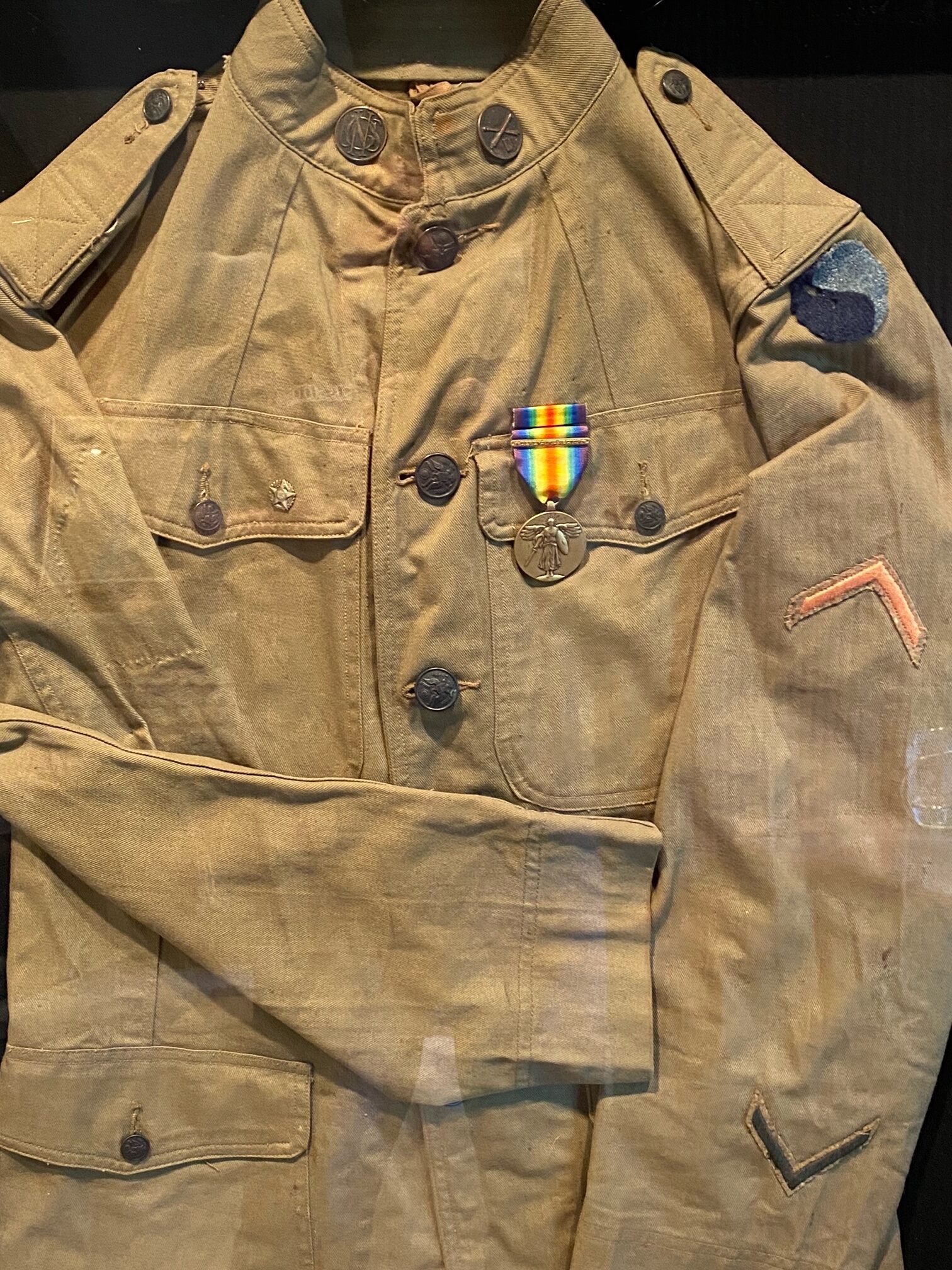 Post 93 member Michael Warner has shared this photo of the uniform worn by his great-grandfather, Harry Wilmer Cullen, who served with the 29th in World War I.   Note the 29th Division patch.

Most prominent is the World War I Victory Medal awarded to those who served between April 1917 and November 1918.

On the sleeve, the top chevron indicates his rank of PFC.  The bottom chevron is the overseas service stripe.

The small star on the opposite side of his uniform appears to be the Bronze Honorable Discharge Pin awarded when Cullen left the Army.

“Among my most prized possessions is the field bible my Great-Grandfather carried with him to and in France. It is complete with a small copied letter from Woodrow Wilson,” said Warner. “As a child, my mom kept her Grandfather’s 29th Division Association cap in her cedar chest. When she would occasionally open it, I would be sure to be close by so I could wear the hat for a brief moment.”

If you wish to pay for both 2023 & 2024, we are offering a discount: $20 for veterans and $35 for everyone else. Dues may be paid electronically at the PayPal link below or mailed to the address above.

TO PAY FOR YOUR MEMBERSHIP ELECTRONICALLY, PLEASE CLICK ON THE PAYPAL BUTTON.

Post 93 member Charlotte Juergens’ film, Sunken Roads, documenting the 70th anniversary trip by our D-Day veterans to Normandy is now available for purchase on DVD or streaming. Information at www.sunkenroads.com.